The FiBreMoD project was an EU-funded research and training program aimed at training 13 interdisciplinary researchers to become experts in the field of composite materials. The project was initiated by 9 beneficiaries (academic and industry organisations including Mines Paris), and supported by 3 partner organisations including Dia-Stron, who hosted multiple PhD students on secondment during their training. Alongside the project, Mines Paris purchased an automated LEX/LDS tensile and dimensional measurement system from Dia-Stron. 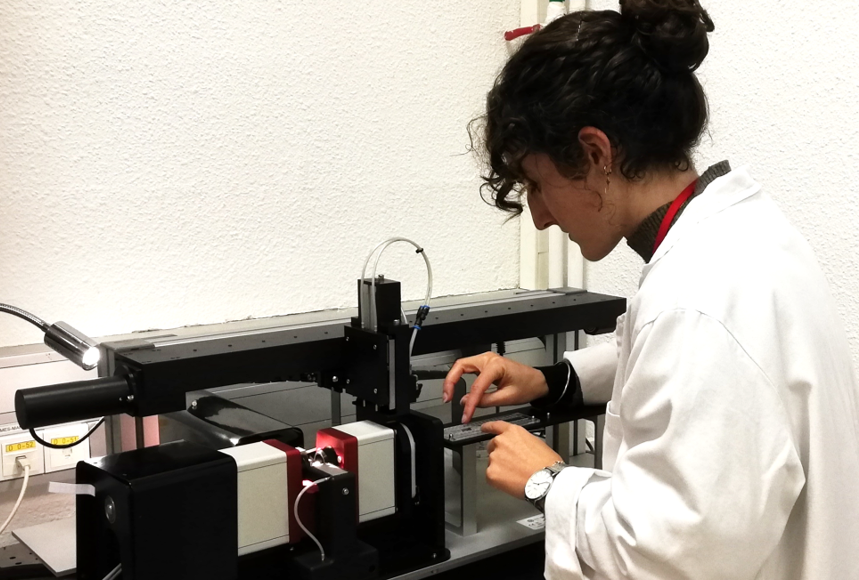 “Dia-Stron instruments were a turning point in the FiBreMoD program; they helped to increase data collection and speed up the whole process. Previously, we could only mount 30-50 fibres, we were limited in the number of fibres we could test per condition (gauge length, loading speed, etc.). With the Dia-Stron system, we could mount 200 fibres and get results quickly. The system facilitates the mounting of the fibres and reduces manual handling, which can cause premature failures that bias the results. This device has made it possible, for the first time, to collect large-scale data on carbon fibres; this has increased our scientific knowledge.

Moving forward, we would like to add image capture capability to our instruments and learn how to make the most of all the testing capacities of the systems.

It was easy to speak with the Dia-Stron team about the challenges we faced, which were primarily deformation of the fibres and fibre alignment. We discussed the possibilities of adapting the systems, and they were able to make modifications to the UvWin software and the LDS to meet our exact needs.”

Mines Paris and Dia-Stron will be embarking on a new project in the coming months, working collaboratively to develop novel fibre mounting solutions for the LEX-IFSS.